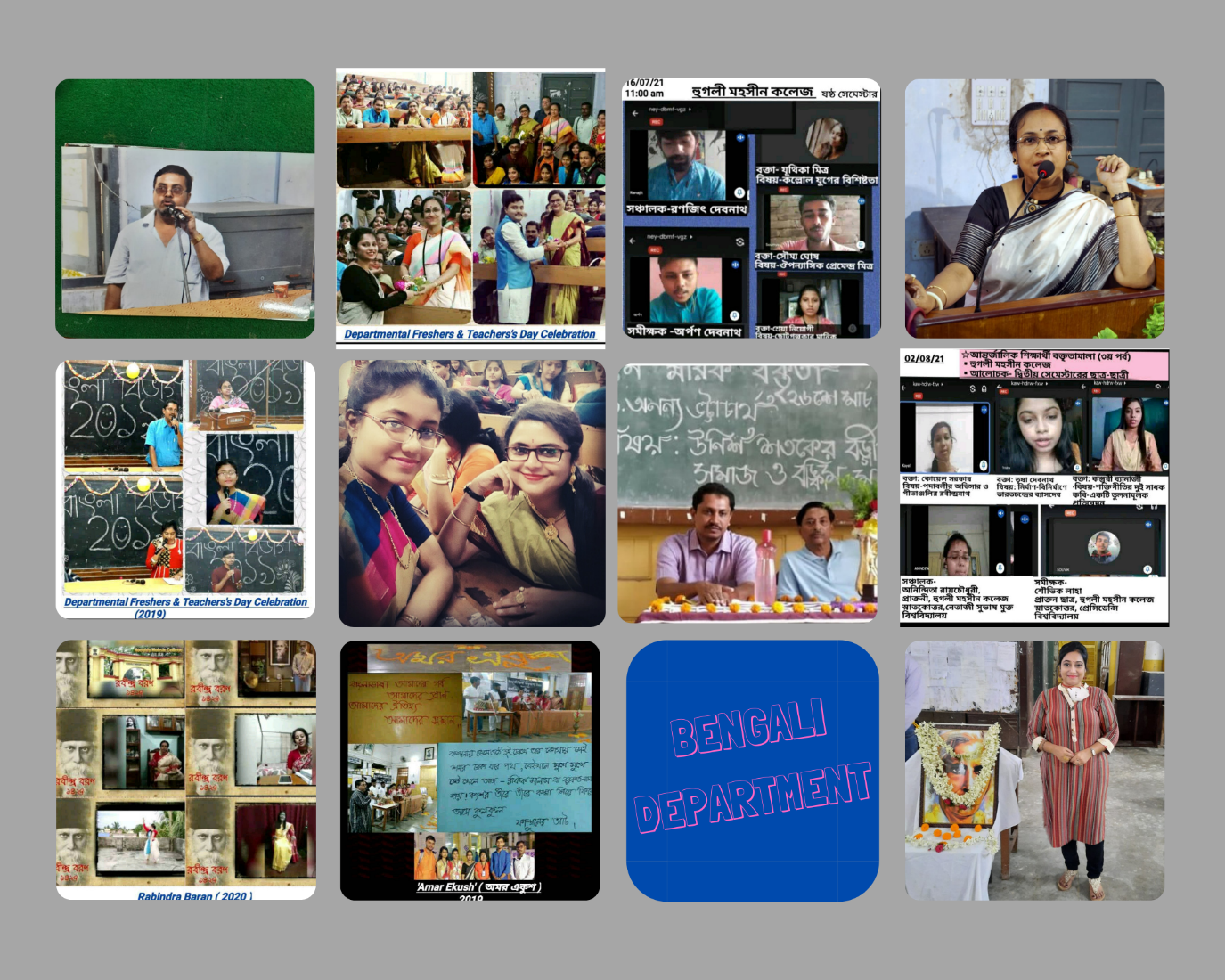 A brief history of the Department

The first person to be remembered in fondness is Harachandra Ghosh, student of the very first batch of the department. Later he went on compose numerous plays and works of poetry that ganered acclaim. During his days as a student, in the year 1840.He translated Lord Bacon’s ” Essay on Truth” in Bengali and received Gold Medal from Governor General Lond Auckland for Excellence. Author notable alummus of the department is Gangacharan Sarkar. He was awarded the Senior Merit Scholarship by the college administration. He composed notable works under the pseudonym of “Gadadhar” while being a Deputy Magistrate by profession.His Son Akshay Kumar Sarkar – is another celebrated alumnus of the department. He was the editor of two acclaimed contemporary journals, titled “sadharani” and “Nabajiban”. Yet another meritorious student of the Bengali department between the year 1838-1845, Digambar Biswas, was awarded the “Best student accolade by the then Governor General.

Another famous 19th century poet Rangalal Bandyopadhyay is also former student.Indranath Bandyopadhyay pioneer of modern satirical Bengali literature and acclaimed author under the pet names “Ponchanondo “and “PanchuThakur”, also hails from the department. Mukunda Deb Mukhopadhyay writer by passion. and a Depute Magistrate by profession. was also a product of the department.As the years have rolled, Bengali Department’s students have excelled and left a lasting legacy in the multitude of fields.Duly noting the grand success of Bengali Department of Hooghly Mohsin College in churning out the best minds, ‘General Committee of Public Instruction’ recommended all other colleges and institutions of Bengal to adopt the teaching style of this department.In keeping with this glorious tradition, eminent personalities of the 20th century have healed from the department — theatre personality Baidya Nath Mukhopadhyay, renowned academicians like Satrajit Goswami, Debkumar Ghosh, Ananya Bardhan, Taraknath Mondal, Debjani Basu Amioshankar Bhattacharyya , retired Deputy Commissioner of Calcutta Police, famous author Ashutosh Mukhopadhhay – all are the glorious alumni of the department of Bengali.From 1960 onwards, Bengali Department of Hooghly Mohsin College situated affiliating to Burdwan University from Calcutta University. The older annual system has paved the way for newer CBCS system.In this way, the Bengali department of Hooghly Mohsin College has maintained his rich legacy while successfully responding to all demands of changing times.